A romantic melodrama that depicts the lives of a young man and woman who begin to discover their true feelings whilst playing the dangerous game of love.
Student president Choi SuJi (Moon Ga Young), Kwon SiHyun (Woo Do-hwan) eldest heir of the JK Group, and casanova Lee SeJu (Kim Min-jae) have been bestfriends since childhood. SuJi's current boyfriend, Lee KiYoung (Lee Jae-kyun) humiliates her and her mother for trying to use him to climb up the social ladder and breaks up with her. As the last straw, when SuJi's mother and SiHyun's father announce their engagement, the trio devise a plan to hit two birds with one stone.
Eun TaeHee (Joy) is a hardworking female college student who no longer believes in love after watching the demise of her parents' marriage. SuJi finds out that TaeHee is KiYoung's first love, and asks SiHyun to seduce TaeHee and then break her heart, as a way to prove his loyalty to SuJi. After proving which, SuJi and SiHyun will get married to prevent their parents from doing so themselves.
However, all does not go as planned, when SiHyun and TaeHee begin to actually fall for each other. The strain this puts on the trio's friendship, TaeHee's reaction after seeing their true faces and KiYoung's thirst for revenge make up the rest of this drama. Where Stars Land is a South Korean television series starring Lee Je-hoon and Chae Soo-bin. Where Stars Land follows the lives of workers at Incheon Airport, and in particular, the interactions between a clumsy, yet bubbly, woman named Han Yeo Reum and a prickly and mysterious man named Lee Soo Yeon. Han Yeo Reum is a first year member of the Passenger Services team and is anything but ordinary. She wants to be a perfectionist and get everything right but her very clumsy and reckless nature goes against this dream. She has a good heart and strives to do the right thing even if it means going against the rules.

8. My Id is Gangnam beauty Gangnam Beauty is a 2018 South Korean television series starring Im Soo-hyang, Cha Eun-woo, Jo Woo-ri and Kwak Dong-yeon. Based on the webtoon of the same name published in 2016 by Naver WEBTOON,[3][4] it centers on the life of a college student who went under cosmetic surgery to evade derision from her bullies, yet her decision seems to backfire as her peers ridicule her artificial look. The title of the webtoon and of the TV series alludes to the Korean word gangnammiin (Gangnam beauty), a derogatory term in South Korea for people who are attractive but look as if they went through a number of plastic surgeries for a pretty face, a hot body or both.

7. The smile has left your eye The Smile Has Left Your Eyes is a 2018 South Korean television series starring Seo In-guk, Jung So-min and Park Sung-woong. It is a remake of the 2002 Japanese television series Sora Kara Furu Ichioku no Hoshi. This 2018 Korean drama revolves around Kim Moo Young (Seo In-guk) - a complex, mysterious man with a forgotten past. He meets and falls in love with Yoo Jin-Kang (Jung So-min), and although her initial impression of him is pretty negative, later she discovers that Moo young is innocent and struggling to recognize about his past life. However, her older brother, Yoo Jin Gook (Park Sung-woong), a homicide detective, doubts that Moo-Young is more sinister that he lets on, oblivious to the fact that he is the key to both Moo-young and Jin-Kang's intertwined history. The situation becomes more complicated when Moo young regains his past memories which leads him to find the truth about his father's death and more. 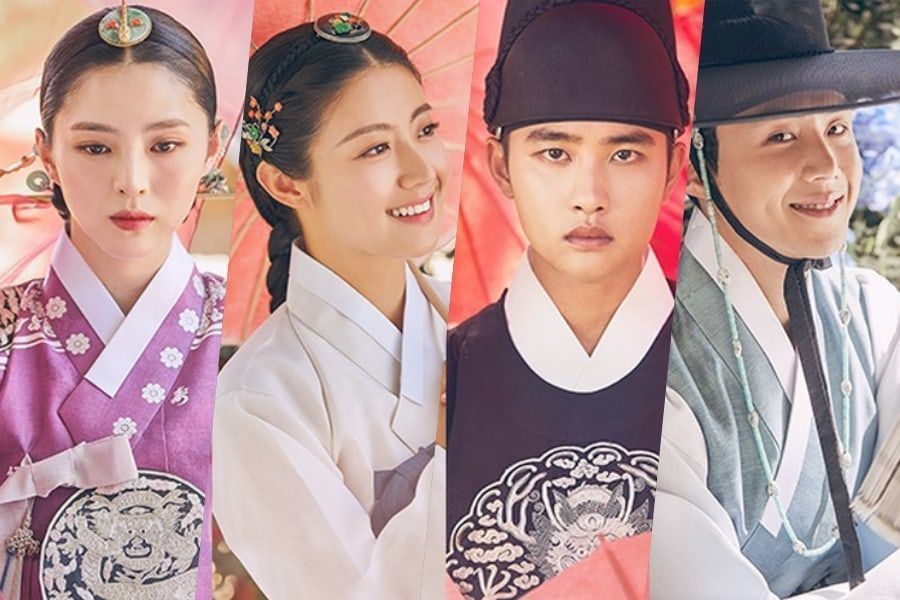 100 Days My Prince is a 2018 South Korean television series starring Do Kyung-soo and Nam Ji-hyun.  Lee Yul falls off a cliff and nearly dies in an attempted assassination. He loses his memory and wanders for 100 days under a new name and personality. During this period, he meets Hong Sim, head of the first detective agency in Joseon. 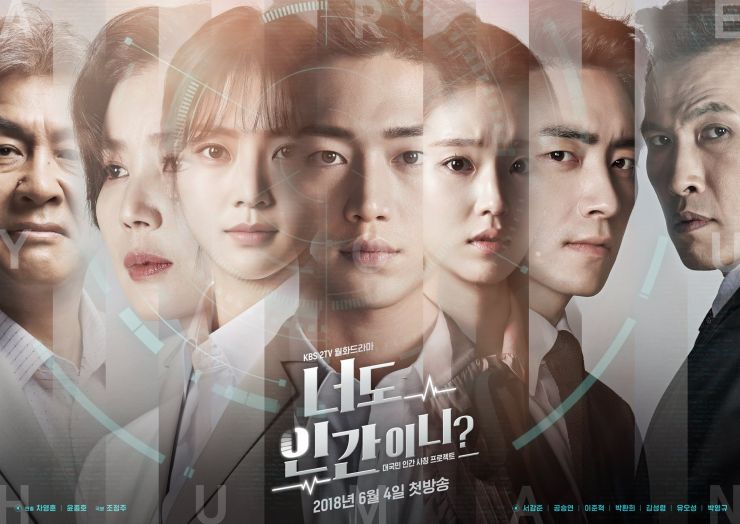 Oh Laura, a renowned scientist, was forced to part with her young son, Nam Shin. To cope with her loss, over the years, she builds various AI robots modelled after him, naming them Nam Shin I, II and III. Decades later, after surviving an attempt on his life, Nam Shin slips into a coma. To protect his position as the heir to a chaebol, Laura sends Nam Shin III to take his place and fulfil his duties. Kang So-bong was a member of Nam Shin's security detail until she was dismissed in disgrace. She becomes Nam Shin III's bodyguard, determined to get to the bottom of his strange comments and behaviour. However, she gets more than what she'd bargained for when she starts falling for him - and has to keep him safe from the very people who'd tried to murder Nam Shin. A Korean Odyssey is a South Korean fantasy television series starring Lee Seung-gi, Cha Seung- won, Oh Yeon-seo, Lee Hong-gi and Jang Gwang. Written by the Hong sisters, the drama is a modern spin-off of the Chinese classic 16th century novel Journey to the West. n 2017, Son Oh- gong (Lee Seung-gi) and Woo Ma-wang (Cha Seung-won) are in conflict with each other as they look for a true light in a dark world where evil thrives. From there, Son Oh-gong is bound to his protective role towards Jin Seon-mi (Oh Yeon-seo), the little girl he had met years ago. Having made a contract with Seon-mi 25 years ago, entitling her to seek help from Son Oh-gong whenever she calls him in exchange for letting him free, the two meet again in a fateful Inevitably, everybody gets hurt at some point in their lives. There are different remedies for different types of wounds, and as time elapses, these remedies start to become less effective. This is a story about a man who created a shield for his broken heart. Since the day his heart broke, he has been living inside a shell. To make it worse, he suffers from a specific type of allergy. Whenever he comes into contact with a human, he develops rashes all over his body and has trouble breathing. Because of this, he is forced to become a hermit and even start hating people. One day, he encounters Jo Ji A, a being unlike any other. At first, Ji A pretends to be a robot and tries to win Min Kyu's trust. Little does she know, she starts to fall in love with him. In addition, by interacting with her, Min Kyu slowly learns how to break out of his shell, love, and trust. What's Wrong with Secretary Kim is a 2018 South Korean television series starring Park Seo- joon and Park Min-young. It is based on the novel of the same title by Jung Kyung-yoon which was first published in 2013. Lee Young-joon (Park Seo-joon) is the vice-chairman of a major corporation. His world is shaken when, one day, his highly-capable secretary, Kim Mi-so (Park Min- young), announces that she will resign from her position after working for Lee Young-joon for nine years. Young-joon then decided to do whatever he can after talking to his best friend, who happens to be a Board Director in his company, to make sure Mi-so stays by his side. Mr Sunshine takes a step back in time to show the complexities of the first US expeditions in South Korea. Eugene Choi (Lee Byung-Hun), a Korean-born US Marine Corps soldier who fled to America as a young slave boy, returns to his motherland on official duties, only to be conflicted as he finds out that Korea is under threat of colonisation from foreign forces. Along the way, Eugene meets an aristocrat’s daughter Go Ae-Sin (Kim Tae-Ri), which makes his mission to prolong Joseon’s demise a mission to also protect those he holds close.